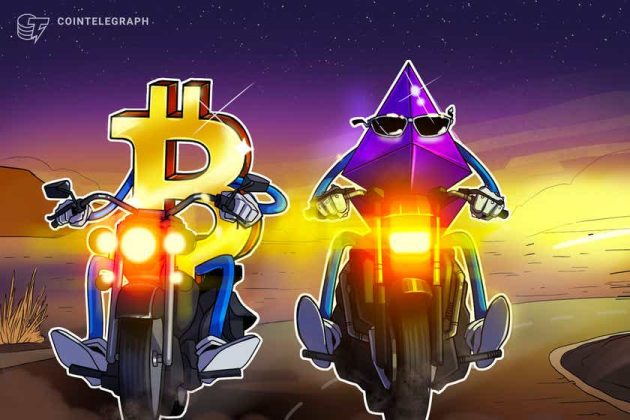 $89M flows into Bitcoin funds despite looming conflict, but ETH funds are negative

Despite Cointelegraph reporting earlier this week that activity on the Bitcoin network was down 30% since its ATH levels three months ago, digital gold appears to be the asset of choice for sophisticated investors of late.

According to CoinShares’ Feb. 22 “Digital Asset Fund Flows Weekly” report, BTC funds have now pulled in a total of $178.3 million this month following the latest $89 million influx between Feb. 14 and Feb. 18.

In comparison, Ether investment products offering have now seen total outflows of $2.6 million in February so far, and have only generated inflows in one of the past 11 weeks.

Outside of Bitcoin’s dominance, institutional traders also snapped up $25 million worth of investment products tied to Ethereum competitor Avalanche, while multi-asset and Solana funds also saw notable inflows of $9.4 million and $1.2 million each.

“Following the run of outflows in January, the latest data marks the 5th week of inflows. While inflows were seen in both Europe and the Americas, it was predominantly the latter with inflows totaling US$101M.”

In terms of the institutional asset managers and fund providers, CoinShares XBT fund shed $21.6 million, while Purpose and ProShares saw inflows of $63.2 million and $26.6 million respectively.

Ex-BitMEX CEO says short ETH before Merge, but should you?