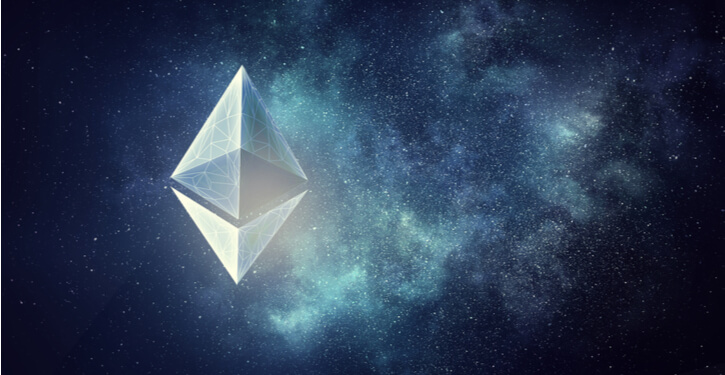 What’s next for Ethereum? Outlook for 2021

One factor in Ethereum’s price surge this month is likely the launch of phase 0 of Ethereum 2.0 on 1 December – the network upgrade from proof-of-work to proof-of-stake. With phase 1 due to be launched in 2021, we could see the price of Ethereum propelled to new heights as the improved scalability will mean more usage, and therefore more demand.

Another positive move for Ethereum is the Chicago Mercantile Exchange’s (CME’s) announcement this month of the launch of Ether futures, due in February of 2021. The CME is already among the largest Bitcoin futures exchanges by open interest, and their statement this month shows that institutional demand for Bitcoin continues to spill into other digital assets, particularly Ethereum.

Trader and technical analyst Michael van de Poppe provided more hope for next year, tweeting this week: “In general, #Ethereum still has a very bullish outlook as it’s been making higher highs and higher lows consistently. This didn’t change. As long as $470 holds, the next run will bring the markets towards $1,200-1,300 or a new ATH [all time high] in Q1 2021.”

Gemini founder Tyler Winklevoss is also bullish on the future of Ethereum, saying in an interview this month with business podcaster Casey Adams that Ethereum’s potential is “very high”. Asked about the future value of Ethereum, he suggested it could be worth at least as much as digital gold. Gold currently has a market cap of at least $9 trillion, so for Ethereum to compete, its current market cap of $83 billion would have to increase 108-fold, which would result in a price of more than $75,000 per ETH.

Yesterday, Kraken Exchange Co-founder and CEO Jesse Powell discussed the future of Ethereum in an interview with Bloomberg Technology. “The DeFi [decentralised finance] story is growing and becoming a bigger piece of the ecosystem… which is largely happening on Ethereum”, Powell explained. “That’s in the process of a major protocol upgrade – I think the future’s extremely bright for Ethereum.” He finished by saying: “I think it’s another asset that people should be looking at if they’re looking for something else to get into in the crypto space.”

With so much bullish sentiment and so much happening in DeFi, it seems likely that 2021 will be an exciting year for Ethereum.